CSS Grid was the future of Web design, and now it is in the daily use with many Web designers. it is supported by browsers well enough so we don’t have to fear of horrible breakdowns.

The only problem is, it is so darn complex. I remember when I was learning it, it took me a while to get the feeling for it despite being proficient with CSS/Flexbox. There are various tools and generators that make the life easier, but still…

And then it came to Pro from Themeco, my go to web design tool for the past 7… wait no… 8 years.

When introduced, Pro was the first site builder that had native CSS Grid implemented. Some competitors got it by now, but their implementation is still not as powerful as what Pro has.

Still, it has a learning cure of its own. And that’s normal, because it represents a very different concept from what we are used to while designing websites.

There are plenty of resources explaining what CSS Grid is, so I won’t be bothering you with that. If you are here, you are interested in Pro’s system. So without a further ado, I have recorded some videos as part of a huge future education project. I am making some of them available here, to help you getting familiar with how CSS Grid element works and to highlight some concepts to be aware of, that can make understanding it much easier.

Heads up: as of Pro 5.0, the CSS Grid interface and the logic has changed. The underlying logic is still the same, but you may have difficulties following the videos. I’ll record new ones as soon as I can.

That’s it for now. If you haven’t see Pro from Themeco in action yet, head over to my detailed Pro Theme review that dives deep into the latest available version, explaining what it can do for you. 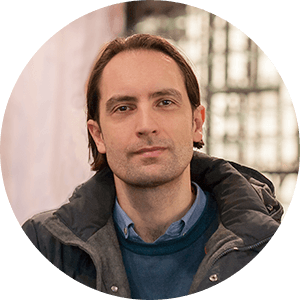 Miroslav is a digital marketer certified by Google and several more authorities. He is also an Executive MBA. As a co-fonder of WPUsability he is behind several successful SEO campaigns and web projects.

Join in on the discussion!

There are currently no comments. Why don't you kick things off?

We are WPUsability. We create websites since 2014. Our focus is on SEO, UX and Conversions. We are also Digital Marketing consultants. Check out our work and references.
Check out our references
Learn More about Consulting

Thank you for sharing our content with the world!